This community is no longer available

Venture at The Collective

Please enter a valid location or select an item from the list.

More About this Builder 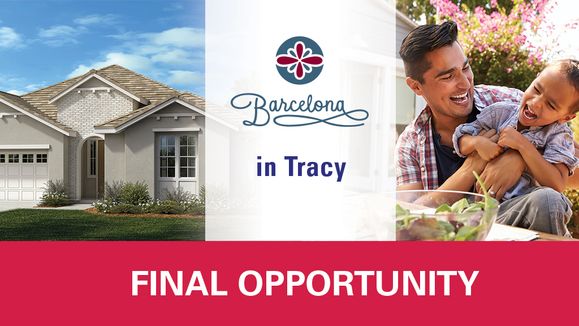 Taylor Morrison announces its newest community at Barcelona in Tracy. Barcelona will feature brand new single-family homes that will include four exceptionally-designed one- and two-story open floorplans. These homes will range from approximately 1,930 to 2,888 square feet, with 3 – 4 bedrooms and 2.5 – 4 bathrooms. Taylor Morrison at Barcelona is the prime location for any homeowner. Located in beautiful San Joaquin County, the city of Tracy is known for being a peaceful, family-oriented place to live. Residents at Barcelona will be eligible to attend Tracy’s highest-rated public schools and have access to the region’s major employment centers. Barcelona is just minutes from several shopping centers in town, including The Tracy Outlets, and West Valley Mall, which has more than 85 shops, a movie theater, and a number of restaurants. Residents at Barcelona will have access to several neighborhood parks which are within walking distance of the site, as well as tournament ballfields at Tracy Sports Complex and Arnulfo Plasencia Fields, which are both within a half-mile. Barcelona is a short drive from the major East/West corridor of Highway 580, which provides access to three major Bay Area community corridor bridges, and to Highway 680, which leads south to San Jose and Silicon Valley and north to San Ramon and Danville. Barcelona residents will have convenient access to Oakland International Airport. Tracy is serviced by the San Joaquin Regional Transit District (SMART) that connects the city with other San Joaquin County communities and six commuter services that run to Dublin/Pleasanton BART station and job centers in the South Bay as well as the Tracy Transit Center.


Unable to get driving directions